What Is Energy? (A Path to Understanding) 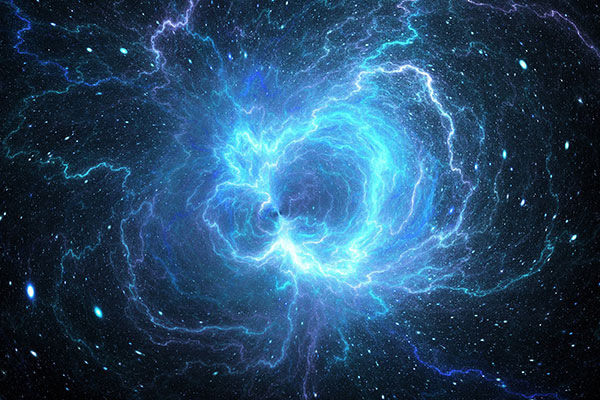 To scientists, energy is the ability to do work, and it exists in many different forms. Understanding energy — the science and its implications — helps clarify our relationship with our world and universe.

Why Is Energy Important?

The Sun provides the energy that allows almost everything on our planet to survive. Energy continually flows around us, changing our environment as it transforms (for example, moving objects or heating them).

The great Aristotle (384–322 BC) cottoned onto the importance of energy, coining the word “energeia” (ἐνέργειά), which means “to contain work.” His interpretation of energeia was philosophical and not based on science — he reasoned that good behavior was an activity and required energy to bring you happiness.

Scientists now understand that work moves energy from one system to another. Solar energy emitted from the sun is converted into many forms of energy on Earth by plants, humans, and animals. Without the energy from the sun, there’d be no life on Earth.

Why Is Energy So Important In Our Lives?

Energy is vital to life on Earth. The sun radiates more solar energy in one day than our entire world uses in a day, generating nuclear energy from a process called nuclear fusion. The sun’s radiant energy takes eight minutes to reach the Earth, traveling at the speed of light.

Much of the sun’s energy is absorbed by oceans and landmasses, helping to power the water cycle and create wind power. Green plants absorb the sun’s light energy and convert it into water and carbon dioxide as well as oxygen in a chemical process called photosynthesis.

Animals and humans eat these plants, supporting the life cycle in the oceans and on land. The sun’s energy also keeps us warm with its heat energy and provides light during the day. More recently, it has also been harnessed as a renewable energy source.

Solar panels convert the sun’s energy into electricity. Temperature differences create the wind; when the sun warms the air, it rises (high pressure), and colder air (low pressure) rushes into its place, creating wind. Wind turbines turn with this wind, producing electricity to power our homes, cars, and businesses.

We have learned how to change the sun’s energy from one form to another, making our lives easier and more comfortable.

Why Do We Need Energy?

Our bodies need energy to function just as the Earth needs the sun’s energy to support life. We eat plants — considered a compound or element — grown with the sun’s energy. A chemical process in our stomachs breaks down the plant’s chemical bonds, atoms, and molecules, releasing the food’s potential energy into chemical energy.

We use this chemical energy to move around (called mechanical energy), enabling us to do work and activities, creating a cycle of energy. A farmer grows crops thanks to the sun’s energy, the farmer working and moving thanks to the energy transfer from eating last year’s crops, grown with the sun’s energy. We also need energy to maintain our body temperatures, produce new cells, and send messages along our nerve cells.

As well as life’s basics, we harness energy in many ways. Early humans made fires to create thermal energy to survive cold winters, transforming the energy in wood into heat. The food they ate gave them the energy to collect the wood. In today’s modern setting, we burn fossil fuels to create electricity at power stations and burn gas to power transportation.

Where Does Our Energy Come From? 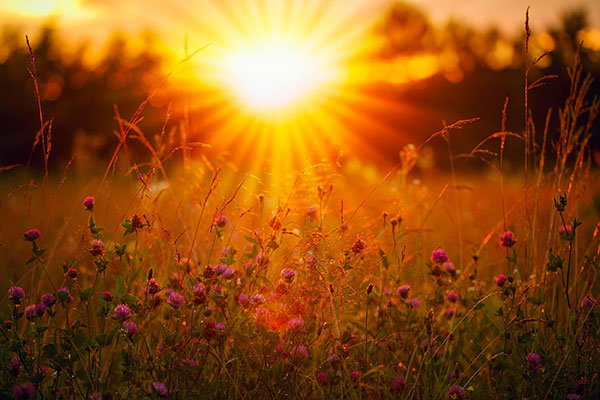 It can take around 150,000 years for this energy in the sun’s core to make it to the sun’s surface, then eight minutes to travel to the Earth at 186,000 miles per second (the speed of light). Only one part per every two billion parts of energy the sun radiates strikes the Earth.

Much of what we associate with energy in the modern sense comes from fossil fuels like coal, gas, and oil. Coal, some of which is 300 million years old, was formed by decaying plants that had grown thanks to the sun’s rays. Coal use kick-started the Industrial Revolution, powering steam-driven trains, heating homes, and later driving generators in power stations.

With the advent of widespread electricity use, coal was eventually joined by natural gas power stations and nuclear power plants, all nonrenewable energies. Technology brought energy efficiency and the era of renewables like biomass, solar energy, geothermal, and wind power. All of these are, ultimately, energy conversions from the Sun.

Where Can Energy Be Found?

Energy is invisible yet is found throughout the universe. We’ve seen how plants, humans, and even coal can convert energy into different types of energy. At a molecular level, energy exists in the chemical bonds that keep atoms together, such as electrons and protons. Chemical reactions can release this energy into other forms.

Where Does Most of Our Electrical Energy Come From?

In 2018, our electrical energy sources were led by coal, which provided 38% of the world’s electricity. Here’s a global breakdown of the amount of the energy supplied as electricity by various sources:

What Are the Types of Energy Sources? 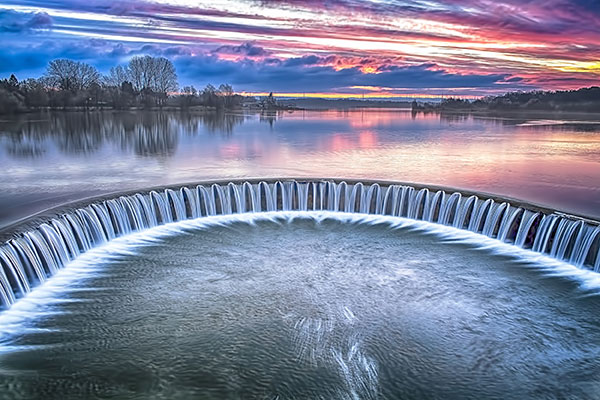 These are renewables because their energy sources renew and replenish. They are always available to us — the sun will always shine, and the wind will always blow, albeit with daily and seasonal variations. Fossil fuels will eventually run out on Earth, whereas renewables won’t.

What Types of Energy Are There?

Kinetic energy: The energy of motion

Drop a golf ball from a plane at 10,000 feet, and it has even more gravitational potential energy. That stationary golf ball now has enough energy to cause some serious damage, all thanks to its position relative to Earth.

There are several types of kinetic energy:

What Type of Energy Is Food?

What Are Natural Sources of Energy?

Natural sources of energy, also known as renewables, are replenishable and considered inexhaustible. Earth’s natural sources of energy are solar, wind, water (tidal, hydropower), biomass, and geothermal energy. We harness these in various ways: solar in sunny areas, wind with turbines on tops of hills or at sea, water with running rivers, streams and dams, and geothermal above areas of geothermal activity, to name a few.

Where Is Energy Stored? 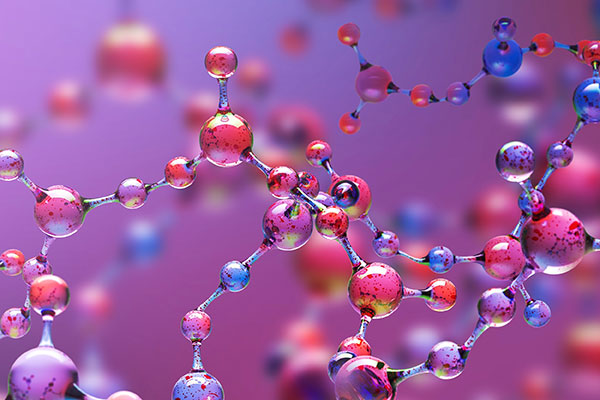 The theory states that a system, such as the universe, always has the same energy. This total energy never changes. When we think about batteries’ energy, it seems we are storing energy away to be used later. This is not true; we are moving energy into a battery that will later convert into another energy.

The First Law of Thermodynamics states that the amount of energy in a system remains constant. It also states that a change in a system’s internal energy is equal to the work done by or to the system and the heat that flows in or out of it.

Where Is Energy Stored in a Molecule?

A molecule’s energy is called chemical energy and is present in covalent bonds that hold atoms together. All molecules are moving, which is a form of kinetic energy.

The bonds keep the molecules together until sufficient force is applied to the molecule to break its covalent bonds. When this happens, the atoms are momentarily free and establish new bonds, forming new molecules. During this process, energy stored in the bonds is released as chemical energy.

In this case, there is an “excess” of energy that needs to go somewhere — remember, all energy transforms into another form of energy. In the hydrogen/oxygen example, the excess becomes kinetic energy. It makes the water molecules move faster and further, causing them to heat. So the chemical energy becomes heat energy.

What Is Stored Energy Called?

Stored energy is another name for potential energy, the energy of position within a system.

Can Energy Be Created?

As we’ve seen, energy exists in many forms, such as heat, electrical energy, and light. The Law of Conservation of Energy states that energy can be changed from one form to another. Still, it cannot be created or destroyed.

When we burn coal to power a generator to make electricity it feels like electricity has been created. But in reality, electricity is the form taken for the transformation of energy in the coal.

What Are the Forms of Energy?

It’s useful to know how we measure a unit of energy, too. Potential and kinetic energy are measured in Joules (J). We measure electrical energy in kilowatt-hours (kWh).

The British thermal unit, Btu, is a unit of heat, with one Btu as the amount of heat required to raise the temperature of one pound of water by one degree Fahrenheit. The energy content of fuels is often referred to in Btu.

Is Light a Form of Energy?

Why Should We Conserve Energy Resources?

Demand for power and energy is increasing in a world of finite resources. Fossil fuels like oil, coal, and natural gas will eventually extinguish. We require more and more raw materials to build the turbines and solar panels that provide us access to renewable energy sources such as wind and solar.

If we understand that all energy is transferred, making those transfers as clean and as efficient as possible makes sense — we will never be able to access more energy, so we must manipulate what we have to its best use.

What Is Energy? It’s All Around Us

Aristotle understood energy to be philosophical energy. Many modern phrases urge us not to waste energy on lost causes and, conversely, to save the good energy for those who deserve it. We know that throwing away good food is a waste of resources, tossing away energy unnecessarily. Energy helps us lead more comfortable and fulfilled lives, so it’s important to check that your energy broker is offering you the best deal.

Energy is a scientifically measurable force that is present throughout the universe. There will never be any more or less of it within our universe, and it spends its time transforming from one energy type to another. Humans’ ability to capture, measure and transform energy has helped us to create the world we know today.