What Is Natural Gas? Definition, Facts and Figures

Natural gas is a combustible hydrocarbon gas that occurs naturally on Earth. In its pure state, it’s odorless and has no shape or color — not exactly exciting so far.

Natural gas is mainly methane and carbon dioxide (CO₂), and as a fossil fuel, its emissions harm the Earth. But this simplified explanation cloaks the controversial use of natural gas.

Let’s look at how natural gas has affected — and continues to shape — humanity’s relationship with climate change, our energy demands, and the natural world.

What Is Natural Gas?

Looking at natural gas in more detail, we know it’s a naturally occurring hydrocarbon. Natural gas is found underground and often associated with other fossil fuels. Before refinement, Naturalgas.org states that natural gas consists of:

Some of those different natural gas elements may be familiar. Many grills are powered by butane, and propane heats water and powers barbecues.

Are Gas and Natural Gas the Same?

A lot comes down to how we use the words. On most occasions, gas is not the same as natural gas.

In North America, people often say “gas” when talking about gasoline for their cars and vehicles. This “gas” is not a gas at all, but a liquid made from petroleum (crude oil).

So, the short answer is no, gas and natural gas are not the same, albeit this is more about how people use the word than the technical definition.

How Are Gas and Natural Gas Different?

Firstly, there are many similarities between petroleum (gas/crude oil) and natural gas.

Both are non-renewable energy sources found underground, and both emit greenhouse gases when used in power plants. They are considered fossil fuels, along with coal, and they were both formed millions of years ago from the remains of plants and fossils. Natural gas and crude oil are processed to create useful byproducts, such as gasoline for vehicles.

Their differences are stark. Natural gas is an odorless, colorless gas comprised mainly of methane. It remains a vapor at the surface and underground, and it produces fewer pollutants than other fossil fuels when burned.

On the other hand, gas (petroleum or crude oil) is a dense and viscous liquid found both underground and at the Earth’s surface. It’s composed mainly of hydrogen and carbon.

How Is Natural Gas Used?

The predominant use of natural gas is to create electricity at power plants.

What Are the 3 Biggest Uses of Natural Gas? 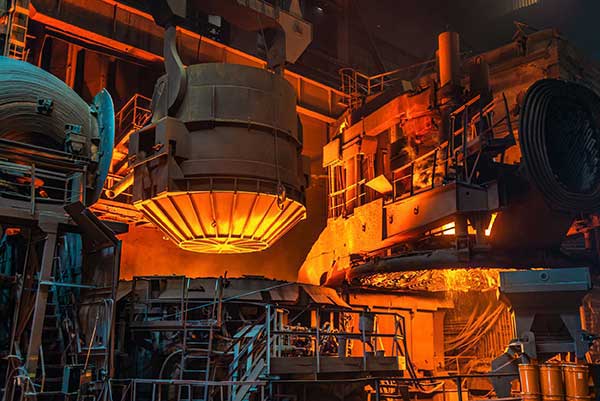 Electricity is generated at power plants powered by burning natural gas. When heating our homes or business premises, a gas pipeline network transports natural gas to our buildings, which is then burned in the properties to heat water and power heating systems.

In manufacturing, natural gas is an ingredient in fertilizer, plastics, pharmaceuticals, and more. Many industrial processes, such as making bricks, glass, steel, and many more commodities, require heat. Natural gas is a chemical feedstock — a raw material used to fuel machines and processes — in plastic production. Lots of chemicals are also manufactured with natural gas, from propane to ammonia. Industrial facilities also use natural gas for incineration.

What Are the 4 Natural Gases?

The four principal gases that make up natural gas are methane, ethane, butane, and propane.

Where Does Gas Come From?

Natural gas is present in the atmosphere and is stored in natural gas reserves underneath the Earth’s surface. There are three ways that natural gas forms.

The first way produces what is called thermogenic methane. Natural gas is a fossil fuel and forms in the same way as coal. As plants and any organic material die and decompose, they drift to the bottom of lakes and swamps, undergoing chemical changes until forming peat deposits. This peat eventually gets buried, over many millions of years, underneath many layers of sediment.

The peat is under tremendous pressure and heat, thanks to the sediment layers above. The peat undergoes several transformations until it turns into crude oil or the anthracite coal we use today. During this coal production, methane gas is produced as a by-product of the decomposing organic material. The pressure of the sediment layers above prevents the methane and natural gas from escaping and rising to the Earth’s surface.

The deeper the deposit, the higher the temperature and pressure exerted by the sediment layers. At lower temperatures, nearer the earth’s surface, more oil is produced than natural gas. In deeper reserves, more gas forms than oil — some very deep reserves are only methane.

Biogenic methane is created by methanogens, tiny methane-producing microorganisms that live in animal and human intestines, and places without oxygen. Those cows breaking wind, blamed for adding methane to the atmosphere? That’s their biogenic methane. Landfill sites are also new sources of biogenic methane. The oceans contribute around 2% of global methane emissions, and methane also comes from rice paddies.

How Do We Get Natural Gas?

Some gas reserves are close to the surface and can rise through shale and loose rocks and dissipate into the general atmosphere. However, most natural gas resources are trapped between rock formations under the earth’s surface.

Extensive natural gas deposits meet the rising global demand for gas supplies. These gas deposits — known as reservoirs — form when methane tries to rise to the surface and becomes trapped under dense, impermeable rock layers. The most common impermeable rock cap takes the shape of a dome.

Geologists look for natural gas reservoirs using several techniques. One is to look for shale rocks because gas gets trapped within shale formations. Horizontal drilling and hydraulic fracturing, also known as fracking, can release what is called shale gas.

A second method is to drill down into the earth’s surface. Bores, sometimes thousands of feet long, are drilled into many holes several miles apart, helping geologists map the area’s rock formations.

After identifying a reservoir, gas companies drill down into the impermeable rock. The gas is under pressure and rises to the surface without any need for extraction. Beneath the gas is oil, and sometimes there is water beneath that, too.

How Is Natural Gas Extracted? 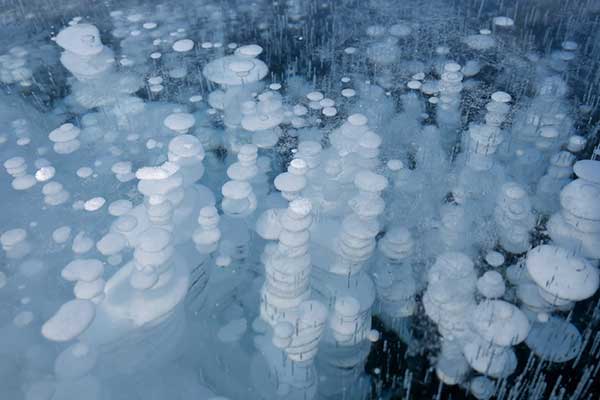 There are several ways to extract natural gas, and the method employed depends on the deposit type.

A conventional gas extraction involves a company drilling a straight bore down into impermeable rocks into the natural gas reserve. Once the “cap” or “dome” of the rock is breached, the natural gas rises to the surface. A processing plant separates the gas from liquids such as crude oil and water. It then further processes the gas to achieve regulatory compliance.

Unconventional gas is a broad name given to natural gas that is harder to extract because it is technically challenging or too expensive to access.

There are six types of unconventional gas:

Shale gas requires hydraulic fracturing — or fracking — to extract it because the natural gas is within the shale deposits rather than in a reservoir. Water, chemicals, and sand are pumped into a well, opening cracks and fractures in rocks, allowing trapped natural gas to flow into the well. Engineers use horizontal drilling to maximize extraction. A vertical well drills downwards, then the drill bit turns horizontally to drill into the shale deposit.

Does Natural Gas Rise or Fall? And What Does That Mean?

Natural gas rises because it is lighter than air. Its composition of predominantly methane gas is lighter than our oxygen-rich atmosphere. Over time, methane rises above oxygenated air.

How Much Natural Gas Is Left?

According to the U.S. Energy Information Administration, there was an estimated 7,177 trillion cubic feet (Tcf) of gas reserves in the world as of January 1, 2019. This figure comes from gross proven reserves. 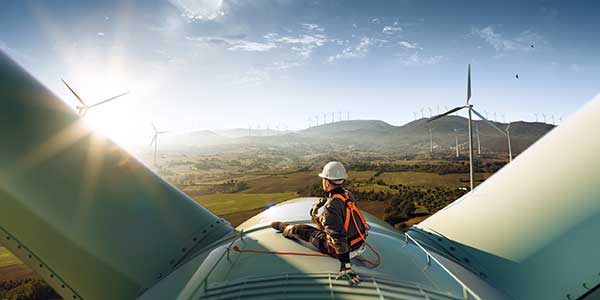 As the issue of climate change gathers pace, more and more people favor a “green revolution” of combining energy efficiency powered by renewable energy sources, forgoing traditional fossil fuel-based power stations. There is no getting away from the fact that natural gas is a fossil fuel. Still, the overall answer is a little more complicated.

Natural gas is the cleanest burning of the three fossil fuels (gas, oil, and coal), releasing energy efficiently and providing us with cheap and reliable power. Emissions include water vapor and nitrogen oxides, but the nitrogen oxides get emitted at a much lower level than with gasoline and diesel used for vehicles.

Burning natural gas produces less carbon dioxide than burning oil or coal but it’s not as clean as renewables like solar or wind power. Some human activities produce methane — landfill, sewage — and industries have started capturing this methane. It is then burned to power electricity generation. Methane from ponds and even cow manure now powers homes, businesses, and cars.

Natural gas does seep out during its extraction. These spillages go straight into the atmosphere or pollute the local environment. Natural gas is mainly methane, and methane contributes to global warming, trapping heat thirty times more effectively than carbon dioxide. This methane disappears after around ten years. Unfortunately, it then turns into carbon dioxide, so it continues to heat the world.

Fracking is also a controversial extraction method. Many local communities and protest groups campaign against fracking, claiming it pollutes the environment and water supplies, wastes water, and much more.

What Does the Future Hold for Natural Gas?

Demand for natural gas continues to rise, albeit more slowly than before, while global gas prices are, in general, falling. There’s a little more than 50 years of natural gas supplies remaining at current consumption levels. Industry and consumers are accustomed to the ease, reliability, and relatively low natural gas prices. It has spread into all corners of our lives, from heating our homes to powering our manufacturing processes.

Capturing and using naturally-created methane to create electricity is one way to help the planet. It is much better than drilling deep into the ground to release natural gas we would be better off not using. Once natural gas runs out, we will have to look for alternative energy sources anyway.

Using up all our natural gas resources without finding an alternative energy source would bring about a seismic lifestyle shock. The continual release of methane and other gases due to human activity adds to the climate change issues the world is facing. Add in the controversy about fracking and environmental concerns, and the demand for greener energy solutions will continue.