Electricity Companies and Costs (What You May Not Know?) 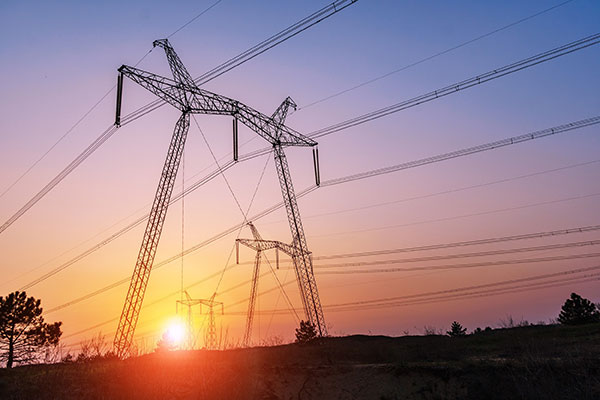 There’s a wide range of energy providers, electricity costs, and electricity companies across the United States. So, it’s not surprising that there are numerous pricing rate plans from energy providers for residential customers and business customers. Let’s look at some of the electricity plans available and how factors such as renewable energy, deregulation, and energy savings can bring customers low rates for their electricity.

Who Provides My Electricity?
How Can I Find Out What Electricity Company I Have?

There are many reasons you may not know who your electricity provider is or what energy plan you follow. You may not know which energy services your landlord or previous tenants used on a property you’re moving into — or you may have simply forgotten.

If you receive your electricity bills by mail, check previous statements for energy supplier names. Many energy providers send invoices by email now, so do a similar search of your email, including junk folders. Use search terms like power bill, energy bill, or electricity.

Should that not turn anything up, check your bank and credit card statements for the last 6-12 months. Look up any unknown merchants and see if they supply electricity. Call the customer service line of those that do and ask if you’re a client.

It’s worth noting that companies like Amigo Energy can make inquiries on your behalf.

How To Get Electricity Turned on the Same Day

In the United States, a power company can activate your electricity supply the same day if you have a smart meter. However, each state is slightly different. The best first step is to contact your public utilities department to see which electricity companies provide electric services in your area — consult the NARUC website for more.

To get electricity turned on the same day, you’ll need:

Most electric providers can only activate your electricity if they receive all the necessary information before 2pm local time. Energy suppliers seamlessly switch you from one supplier to the next using the smart meter. Properties without smart meters may need to wait at least one working day or more for an established connection.

Before calling, be sure about your energy needs. Is it residential electricity or small business? Are you looking for the best energy rates, energy efficiency, or renewable energy as your first choice for power supply?

If you’re a new customer or an existing customer with up-to-date payments and accounts, it is best to contact your local public utilities department first.

Should you have any outstanding bill payments, you can still get same-day electricity if you settle all outstanding balances that day. Some suppliers may also ask for a small deposit.

Where Does California Get Its Electricity?

California is behind only Texas in the United States when it comes to energy consumption.

In 2019, some 32 % of California’s electricity came from renewables, with solar (12%), wind (10%), and geothermal (5%) the leading renewable energy contributors. Most of this energy was produced within California rather than imported from neighboring states.

Of the 68% of non-renewable electricity generation, a large chunk (34%) was created by natural gas power stations, large hydropower (15%), and nuclear (9%), with internal production of these much higher than imports.

California imports more electricity than any other state and it comes from two regions, according to the California Energy Commission:

Where Does PG&E Get Its Electricity?

The Pacific Gas and Electric Company (PG&E) buys and sells energy, mainly in Northern and Southern California. The energy it buys is a mix of renewable energy and conventional sources — that is, nuclear, coal, and natural gas used by its power plants, independent generators, and other out-of-state generation plants.

PG&E uses a bulk transmission system to move this electricity to the distribution system that supplies homes in California. The company claims 33% of its delivered electricity comes from renewable sources, with a target of 60% renewables planned by 2030.

Where Does Illinois Get Its Electricity?

Illinois is the United States’ third-largest net electricity exporter (Pennsylvania is the largest), sending about one-fifth of the power it generates to other states. In 2019, the state’s six nuclear power plants were responsible for 54% of this production.

Where Does Texas Get Its Electricity?

Texas is the only state with a stand-alone electricity grid and uses more energy than any other state. Texans consume almost one-seventh of the U.S. total consumption. Still, per capita, residential energy consumption is in the bottom fifth across the country.

Natural gas power stations supplied 47% of the Texas electricity demand in 2019, with coal and wind some 20% each, and nuclear just under 11%.

Texans need not worry, though. If there were an outage, Texas could import electricity from neighboring states.

Where Can You Find Your Electricity Meter?

Meters are generally located where the street’s electricity supply enters your property, often on an outside wall in a small meter box.

Some meters are harder to find. Basements, garages, and hidden behind front doors are just a few places to look. If you live in an apartment, it’s common to find all the building’s meters in one place. Your apartment’s meter should be identifiable. If not, consult your landlord or the building’s owners to establish which is your meter.

Where Do I Find My Prepaid Electricity Meter Number (in Texas)?

There are two types of prepaid meters. The older style is called an electromechanical meter or an analog meter. You can find your meter number on its face, usually near the bottom of the screen. A more modern prepaid meter is called a digital meter, and the number is generally found below its consumption screen.

Prepaid meters are not the same as a smart meter. Smart meters installed by a utility company have an ESI ID number. An ESI ID is an Electricity Service Identifier, a unique number that identifies an electric service location; it is not the same as an account number. Electricity companies use a unique meter identification number to know exactly how much electricity you used at the specific address related to that smart meter.

Where Can You Find Your Electricity Meter?

Meters are generally located where the street’s electricity supply enters your property, often on an outside wall in a small meter box.

Some meters are harder to find. Basements, garages, and hidden behind front doors are just a few places to look. If you live in an apartment, it’s common to find all the building’s meters in one place. Your apartment’s meter should be identifiable. If not, consult your landlord or the building’s owners to establish which is your meter.

Can You Get Electricity With Bad Credit?

The simple answer is yes, you can. But there may be various conditions.

Many electricity providers will ask people with bad credit histories to provide a deposit or a letter from someone who agrees to pay your bill if you don’t. A utility company can only ask you for this if it is company policy applied to all new customers.

If you are denied the connection, you have the right to know why and the company must send you their reasons within 30 days of its decision.

Power companies also offer prepaid electricity plans with no credit checks or deposits required. Customers must have money in order to buy electricity in advance.

The Cost of Electricity 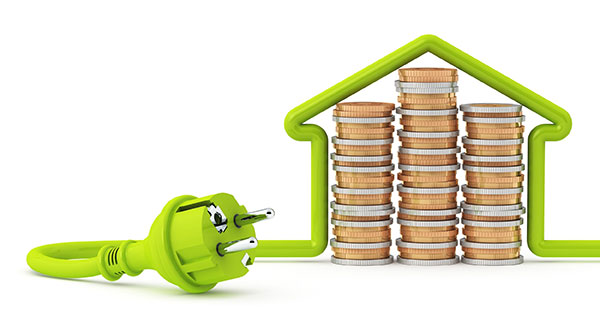 Suppose you were to check the bill for a person in Maryland and travel north through New Jersey, New York, and onwards to Connecticut, checking everyone’s energy prices. In that case, they all will most likely differ.

The U.S. Energy Information Administration (EIA) has a comprehensive list of electricity prices.

COVID has impacted the electricity market, too, with weaker overall demand as businesses shut down and people have spent more time at home during lockdowns.

How Much Does Electricity Cost?

Electricity rates depend on where you live.

The United States’ average price per kilowatt-hour (kWh) in September 2020 was priced at 13.55 cents per kWh.

There’s a whole range of energy brokers to help you find lower prices and save money. Let’s look at Texas as an example.This state is a fully deregulated market where customers need to choose who supplies their electricity, leading to a proliferation of retail electricity providers.

Using a house in Houston with the zip code 77002 as our base, quick price finders returned these electricity rate variations (Dec 2, 2020). Please note, all these electric rates are subject to change. Each features varying conditions, including high usage discounts, early termination fees, fixed rates for a specific time, or bill credit.

Amigo Energy claims the average rate in Texas
is 11.56 cents per kWh in among its FAQs.

How Much Does Electricity Cost Per Month?

There are considerable differences in monthly electricity bills across the United States, as seen in the Energy Information Administration’s (EIA) 2019 report. It’s hard to draw exact comparisons as weather, house size, and electricity demands are distinct in every state.

Here are the average monthly bills for several states:

Is Electricity Cheaper at Night?

Yes, electricity can be cheaper at night. Many people have a fixed kWh price for their electricity, meaning it doesn’t matter when you use electricity, just how much you use.

Utility companies offer a reduction in energy costs when there is a drop in demand or a surge in supply.

In broad terms, demand is usually high during the day and early evening, with businesses working and then people going home and cooking. Demand is much lower at night when people are generally sleeping.

Supply is kept steady with reliable power sources such as nuclear power stations. On occasion, supply drops. Sometimes it surges and exceeds demand, as happened during a very stormy night in the U.K. in December 2019. Wind turbines produced so much electricity it couldn’t all be used, and people on Time-of-Use rates were being paid to use this excess of green energy.

Time-of-Use (TOU) rates offer cheaper rates for people who use electricity when demand is low (usually overnight) or during surges in supply. TOU’s are beneficial to people who want to run a dishwasher overnight, charge an electric car, and more.

What’s the Cheapest Time of Day to Use Electricity?

In general, the United States’ electricity consumption is lowest during weekends and holidays. There are wide variations, but the approximate periods are:

The lowest demand is typically around 5am and depends on weather conditions, such as air conditioning and heating use.

What Uses the Most Electricity in a House? 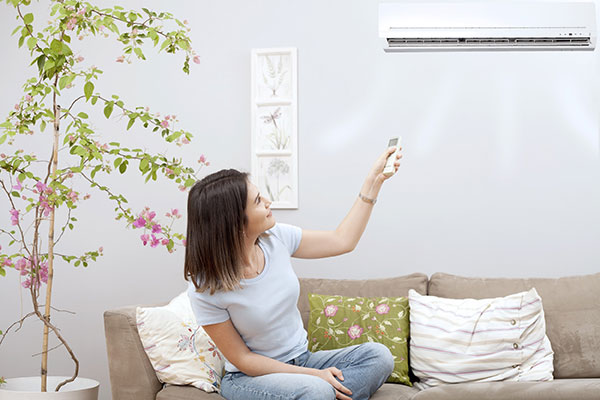 Heating and cooling homes are the biggest drainers of energy in the home, accounting for a whopping 47% of energy use.

Is Gas Cheaper Than Electricity?

In the United States, gas is cheaper than electricity when running a home. Although a gas bill may be more reasonable, gas is more expensive to install into a property, and gas appliances are, in general, more costly than their electric counterparts.

Why Is Electricity More Expensive Than Gas?

Stored gas is pumped around a network and arrives as direct energy into buildings. When ignited, it’s turned into heat, such as a flame on a gas hob or in a central heating boiler. Modern boilers have around 80-90% efficiency, making it a very efficient way to transfer energy.

Electricity is a secondary energy source. A natural gas power station must burn gas as part of the electricity making process, which it does at around 50% efficiency. The electricity is then transmitted along wires to our homes, with more power lost in this transmission process.

There’s more choice than ever in deregulated electricity markets, and it’s a lot easier to snag a bargain than any time before. If you’d like to lower your bill, find out the following:

Once you have this information on hand, contact an energy broker to find the best electricity deal for you.