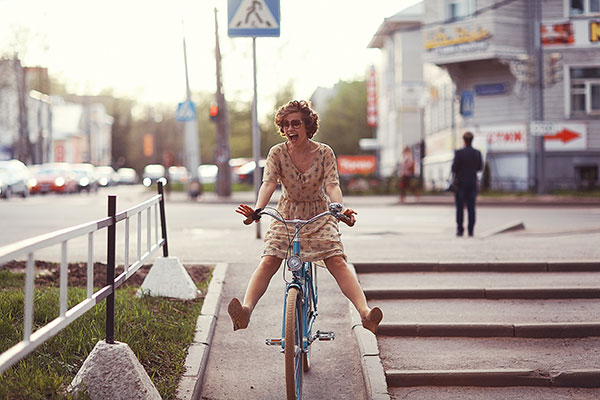 The Oxford Learner’s Dictionary defines kinetic energy as “of or produced by movement.” In this guide, we’ll break down this natural force so you can have kinetic energy explained in clear terms.

We‘ll look at how kinetic energy interacts with other forms of energy in an accessible and formative manner. We’ll also break down how it affects our daily lives and how it defines the world as we see it.

Kinetic is the energy of motion or the amount of energy an object has as it moves around a system. Kinetic energy is determined by the mass of an object and its velocity or speed, and it can be transferred from one object to another, such as during collisions.

Let’s start moving our car with its 4,409-pound mass (m) and apply force to it so that it reaches a speed of 50 miles per hour (velocity, or v). The force — i.e., the energy transferred to it, or the amount of work — is known as kinetic energy (KE).

Using our car example, and a bike, here are some workings for kinetic energy (KE):

Newton’s second law says that force is mass times acceleration — the more mass an object has, the more force you need to move it. Suppose we load our bike with heavy panniers full of cement. It will take more force — in this case, using mechanical energy to pedal — to make a cement-laden bike travel at 10 mph than the same bike with no panniers of cement.

What Is Kinetic Energy the Energy Of?

Energy cannot be destroyed, according to the law of the conservation of energy; it can only be transformed from one form of energy into another.

What Are the Characteristics of KE? 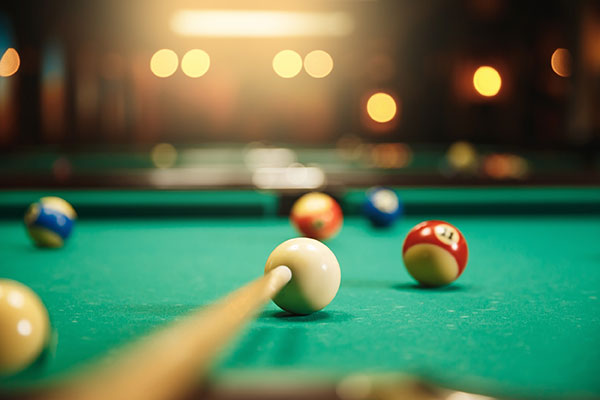 Kinetic comes from the Greek word “kinesis,” meaning motion. Kinetic Energy can be seen in many forms, from wind to electricity, and includes movements like vibration and rotations. It can be moved in any direction.

The balls also go through a moment of inertia, a measurement of a body’s resistance to a change in its rotational motion. Both billiard balls require a certain quantity of energy to rotate.

What Is Kinetic Energy Measured In?

The kinetic energy (E, Ek, or KE) of a moving object is measured in Joules (J). It varies according to its speed (v) and mass; m is for mass in the formula below. Mass and speed are scalar quantities because they can be described with numerical values only.

What Are 5 Kinetic Energy Examples?

Radiant energy concerns ultraviolet light and gamma rays that are continually moving around in the universe. Sound energy is kinetic energy in the form of vibrations and noise, such as someone banging drums.

An airplane has little kinetic energy when waiting on the runway. Once flying, it has a lot of kinetic energy in the form of mechanical energy because of its massive body flying at great speed.

Electrical energy comes from electrons moving to make electricity; it is this movement that makes electrical energy kinetic energy. When you switch on the lights, an electric current moves from the wall to the light bulb, creating light energy. Turning on a light does not mean electricity travels at the speed of light; it’s slower because the cable’s resistance slows the electricity down.

Electric stoves work similarly. Once plugged into a power socket and turned on, the electricity moves into the heating coils and changes into thermal energy, causing the coils on the stove to heat up. This heat is then transferred to pots and pans so we can cook.

A car battery is an excellent example of kinetic energy as chemical energy. A circuit is established with the battery, which starts a chemical reaction in the battery. The reaction makes electrons move in an electric current, bringing electrical energy to the car’s circuits. 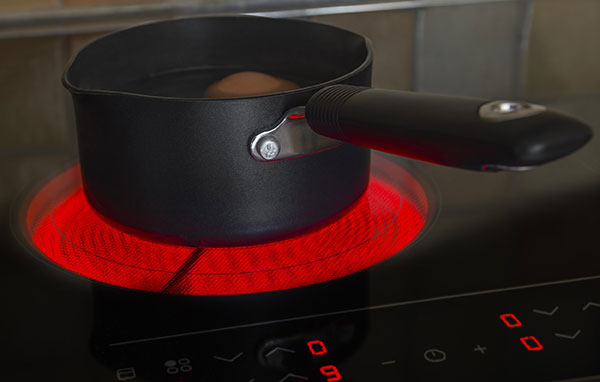 Yes, heat is kinetic. Heat energy is another name for thermal energy. It’s kinetic because of the constant movement of the object’s atoms and molecules. Objects have a temperature, and they can transfer heat to another object via these moving atoms and molecules.

Objects often undergo a reaction, such as passing electrical energy into our stoves, to change temperature. This higher temperature (on the stovetop) can then be given to a saucepan, thanks to the increased movement of atoms and molecules.

Thermodynamics is different. Thermodynamics looks at the connection between thermal energy and work — for example, how a car engine turns heat into movement and mechanical energy.

Is a Fan Kinetic Energy?

What Are Examples of Kinetic Energy at Home?

There are many examples of kinetic energy at home, from someone knocking on your door (sound energy) to someone turning on the light (electrical energy). When someone walks around the house, that’s the kinetic energy of a body. If you turn the tap on, the running water has kinetic energy, as does a basketball if you are shooting hoops in the yard.

What Are Forms of Kinetic Energy?

Radiant energy is all around us in the form of ultraviolet rays, even in your house. If you don’t want them there, well, there are external forces we cannot control.

Thermal energy can be warm and cold. Suppose you put ice into a glass of water. In that case, the thermal water temperature is warmer than the ice, which then melts and reduces the water temperature.

The fan we mentioned earlier will make a small, whirring sound; this is sound energy caused by vibration. It also uses electrical energy when switched on, and flicking that switch is mechanical energy.

There are two factors that affect kinetic energy: mass and speed. An object maintains its kinetic energy if there’s no change to these two elements. Increase or decrease either mass or speed and an object’s kinetic energy changes.

Kinetic energy grows at the square of the speed; this means that when the mass of an object doubles, so does its kinetic energy.

When you double an object’s speed, this results in a quadrupling of its kinetic energy. Suppose you think about two identical cars, one traveling double the other’s velocity. In that case, it takes the faster car four times the distance to stop than the slower car, assuming equal braking forces. Flipping that around to acceleration, it takes four times the amount of work to double the faster car’s speed.

What Is Kinetic Energy in Chemistry?

Kinetic energy is the same in chemistry as in physics — the energy an object possesses while it is in motion.

Humans perform chemical reactions on the food we eat. Our stomachs break down its atoms and bonds to create mechanical energy to power our bodies.

What Are Methods to Harness Kinetic Energy? 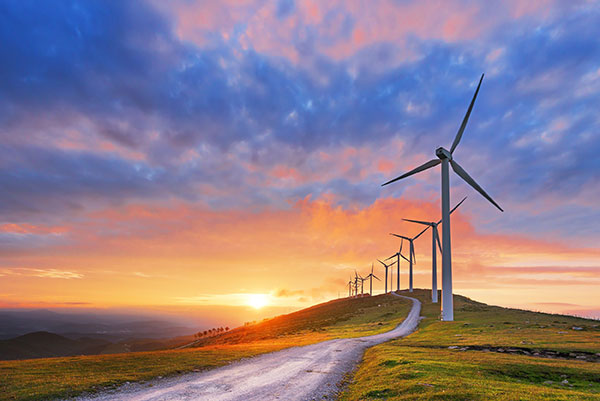 Some of the most well-known methods of harnessing kinetic energy come in the renewable energy fields.

Humans have used wind for centuries to power everything from windmills to sailboats. In the 21st century, our relationship with wind extends to the building of wind farms to provide electricity for our homes and businesses. The kinetic energy of the wind moves the blades of wind turbines, which rotate a generator that creates electricity.

What’s the Problem With Trying to Harness Kinetic Energy?

Moving objects are quite hard to stop, which makes it hard to harness their kinetic energy. Try to stop a moving car or a speeding plane, and the issues are apparent.

Those we can harness, such as wind and solar, are not always reliable. Windy days are great for producing power but can be followed by calm ones when wind turbines won’t turn. Sunny summer days are perfect for solar power, but long, dark, and cloudy winter days not so much. What Is the Conservation of Kinetic Energy?

Examples include bouncing a ball that doesn’t bounce up as high as its starting point. Or, take two cars hitting each other: some kinetic energy is lost as both vehicles slow down and stop. A perfectly inelastic collision occurs when all momentum is lost, such as slinging mud against a wall.

An elastic collision sees all kinetic energy remain the same. Think about a parked car on a level road with no brakes applied. Now let’s say a heavier van hits the parked car. For argument’s sake, we’ll say the van had 60,000 Joules of kinetic energy at the point of impact.

What Is the Rule for Kinetic Energy?

Kinetic energy is the energy an object bears due to its motion — it’s the amount of work required to accelerate an object from a resting position to a stated velocity.

What’s Next for Kinetic Energy?

We can define the energy of moving objects thanks to kinetic energy. It’s a beneficial energy to humans. We can harness kinetic energy with renewable energy, sailing boats, and more. Now that we have a clearer understanding of kinetic energy, we can see how greatly it impacts our day-to-day lives from turning on the lights to cooling us down in summer. With kinetic energy explained, we can appreciate how this force of nature improves our lives.