Everything You Need To Know About Wind Energy

Wind energy is at the forefront of the clean energy revolution that is driving down greenhouse emissions. Wind farms, offshore wind, and wind turbines are now part of our modern lexicon as people move away from fossil fuels in the face of climate change. Here, we examine exactly what is wind energy, and how wind power and electricity generation in the United States and beyond are changing the world.

From a gentle breeze to a harsh gale, wind is a phenomenon of nature that has existed since the beginning of time. But today, wind has become a source of energy that does more than just move air. Learn everything you need to know about wind energy and how it’s literally changing the world’s energy landscape.

How Does Wind Work?

Wind is defined by the Oxford Dictionary as “air that moves quickly as a result of natural forces”.[1] Most of us recognize wind as anything from a zephyr to a storm to hurricane-strength gusts.

How Is Wind Made?

Differences in temperature create wind energy. The sun’s solar energy warms the Earth, but it does so unevenly. Mountains, lakes, and other geographical features also help create areas of high and low pressure, as does the Earth’s rotation. The position of the sun and the angle it strikes the Earth also contribute to this. For example, we know the midday sun exudes more warmth than at sunrise or sunset.

The warm air in these pockets of high pressure — created by solar energy — rises. As warm air rises, air from lower pressure areas rushes in and wind is created.[2,3] This is known as the force, and the greater the difference between the high- and low-pressure areas, the stronger the force.

Wind speed is determined by this force, plus the distance between the low- and high-pressure areas.[4] The fastest recorded wind speed is a 253mph gust during Tropical Cyclone Olivia on Barrow Island, Australia, on April 10, 1996.[5]

Windmills and wind farms are not a modern invention. Humans realized the Earth’s natural wind resources could be harnessed as far back as AD 644. The earliest known references come from a Persian millwright (a person who designs or builds mills and milling machinery). The first windmill recorded was in AD 915, in Seistan, Persia, which is modern-day Eastern Iran. From there, it spread to China, then 12th-century Europe after the Crusades.[6]

How Do Windmills Work? 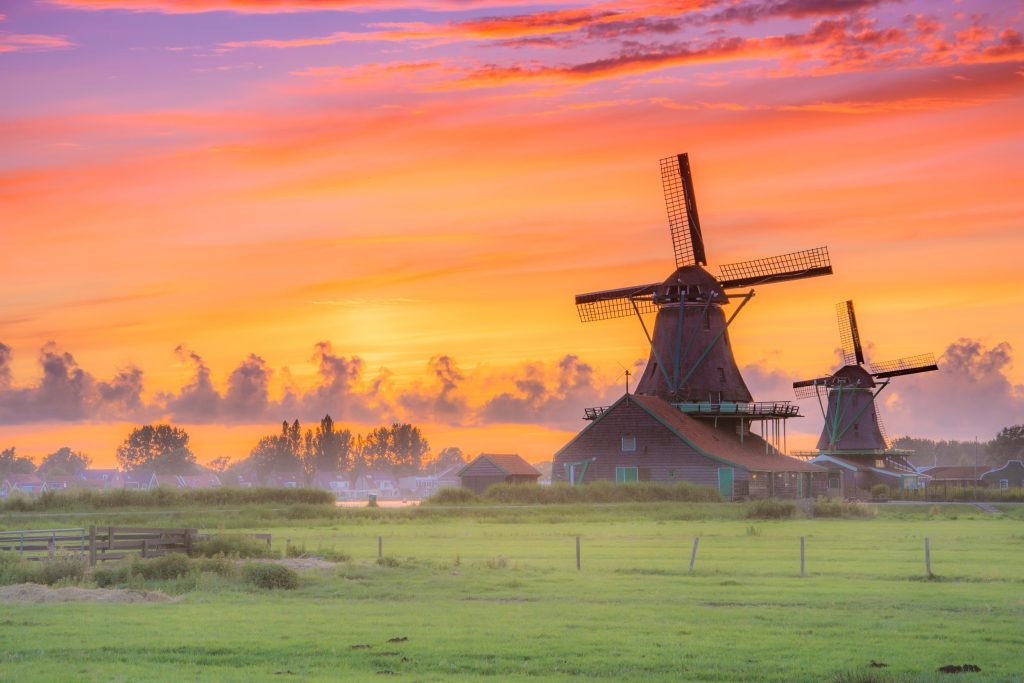 The first Persian windmills featured a building that housed a standing, fixed vertical axis. Sails radiated from the vertical axis in what are called ‘Panemone’ windmills, a design that drove stones to grind grain.

In Europe, engineers took the vertical axis idea and combined it with the horizontal axis of the water wheel, creating a much more efficient machine. These windmills look like the classic version you see in European paintings, with four blades mounted onto a central post.

The blades drove cogs and ring gear that turned the horizontal motion of the blades into vertical motion to drive a grindstone or wheel. These windmills would be used to grind grain, or in some cases, pump water.[7]

Steam engines and the Industrial Revolution reduced the need for windmills. Daniel Halladay patented the iconic Halladay’s Self-Governing Windmill on August 29, 1854.[8] It pumped water but also automatically turned to face the wind direction and regulated speed by changing the pitch of its sails. Modern windmills use the same motion-based technology that was first used more than 150 years ago.

Where Are Some Windmills Located?

Traditional windmills are preserved at many locations around the world. Europe is a particular hotbed — The Netherlands, England, Greece, Spain, and France among the countries with spectacular windmills. Other countries with windmill history include Japan, the United States, and South Africa as well as Iran and China.

Where Is the World’s Biggest Wind Farm?

Half of the world’s ten largest wind farms by megawatt capacity are in the United States. But the world’s biggest wind farm is the Jiuquan Wind Power Base in China, an onshore wind farm also known as the Gansu Wind Farm.

It is being completed in stages and has been online since November 2010. Once finished, a total of 7,000 wind turbines will provide power to central and eastern China thanks to a 750kV high-voltage direct current transmission line.[9]

The world’s largest offshore wind farm will soon be Dogger Bank in the U.K. Due to start producing power in 2023, it will generate 3.6 gigawatts of electricity, which is enough to power 4.5 million homes a year. It will also feature the world’s most powerful wind turbine.[10] 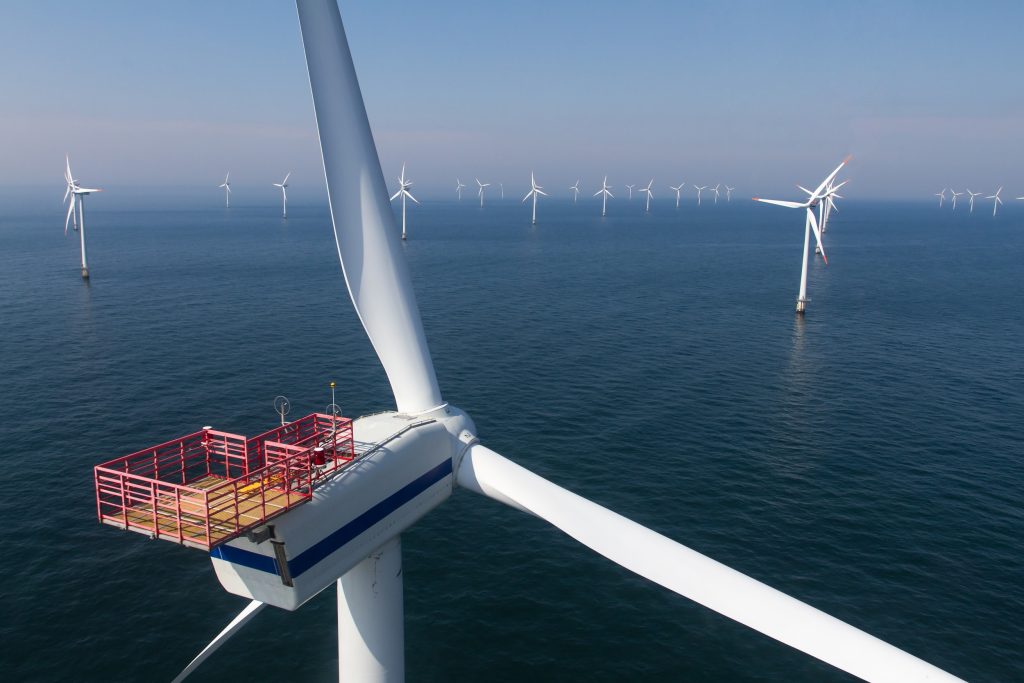 Wind energy technologies have made significant strides since the Persian windmills. Small wind turbines are now a common sight on top of houses and businesses as more people look to wind projects to take advantage of the world’s abundant renewable energy resources.

What Is a Wind Turbine?

The modern wind turbine remains remarkably similar to its rudimentary ancestors, although instead of grinding grain it now converts the wind’s kinetic energy into electricity. Modern wind turbines can be built to use horizontal or vertical axes.

The blades of modern wind turbines resemble propellers on airplanes or helicopters. When they are turned by the wind, the turbine’s blades revolve a rotor, which in turns spins a generator to create electricity.

How Tall Are Wind Turbines?

Where Are Wind Turbines Located?

Modern wind turbines are used for power generation. As such, there are onshore and offshore wind farms that are slowly replacing power plants and natural gas stations.

Early wind power projects saw onshore wind turbines built atop hills and mountains or in any typically windy area. Many residents considered these to be eyesores, ruining the natural landscapes. As a result, offshore wind energy started to grow in popularity. The world’s first offshore wind farm began working in 1971, located off the coast of Denmark. The American Wind Energy Association (AWEA) was set up in 1974, and the United States Department of Energy (DOE) was formed in 1977.[13]

There are now at least 127 countries using wind power for electricity generation. Onshore continues to dominate with more than 500 gigawatts annual production compared to 30 gigawatts offshore. Still, offshore wind production is set for massive increases in the coming years. Most large bodies of water, such as oceans and large lakes, experience windy conditions that enable large wind farms to produce enough electricity for potentially millions of homes.

China leads global wind power capacity and generation, followed by Germany, India, and the United States. The wind industry will continue to change as more wind projects start producing energy.[14] The siting and number of wind turbines have become a political issue at local, national, and international levels as people demand more electric power along with energy efficiency.

Where Is the World’s Largest Wind Turbine Located?

What Is Wind Power?

Wind power, or wind energy, is the process by which power is obtained from harnessing wind. This power is used to grind grain, pump water, and generate electricity as well as support activities like transportation (sailing), and water sports like wind surfing.

While wind sometimes doesn’t blow, other renewable energy sources such as solar, hydro, geothermal, and biomass can complement wind energy. Ocean and tidal energy is an important possibility, but it’s still in the formative stages. For now, national grids balance the demand with nuclear, coal, and natural gas-powered power stations.

How Does Wind Power Work?

Wind turbines convert the wind’s kinetic energy into electricity. Turbine blades use aerodynamic forces in a way similar to an airplane wing. As the wind flows across the turbine blades, air pressure on one side of the blade decreases, creating a difference across the two sides of the blade — lift and drag. If the force of the lift is greater than the drag, the rotor spins.

The rotor is attached to one of two types of generator: a direct-drive turbine or a gearbox, which is a shaft and a series of gears that speed up the rotation. It is the rotation that creates electricity. 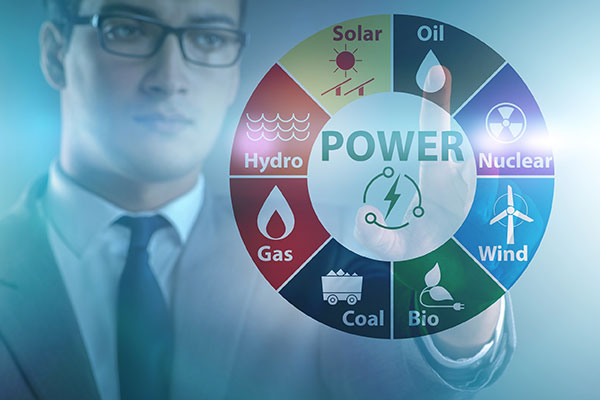 Renewable means to make new again. It also refers to anything that is not depleted when it’s used. Renewable energy is considered primary energy, taken directly from natural resources that are constantly replenished by nature.

Is Wind Renewable or Nonrenewable?

Wind power is considered a renewable energy source. Its energy originates in the sun, which causes uneven heating that provokes the movement of gases between areas of low and high pressure.

Most renewable energy sources are indefinite: the sun will shine and the wind will blow for billions of years. However, wind energy production is produced in limited amounts and is restricted by whether it’s breezy or calm.

Non-renewables are mostly fossil fuels, such as coal and oil, which are finite and will one day be exhausted.

Wind Energy for a Renewable Future

Wind energy has been harnessed by humans for centuries, beginning as a god to some and later becoming a helping hand to build strong civilizations, grind grains, and power boats across oceans. Now, in the face of global warming and climate change, wind power is helping us once again to discover more about how we can have a symbiotic relationship with the planet.

People have brought the wind revolution to the mainstream, something unthinkable in the coal and nuclear-powered eras of the past. Businesses like Amigo Energy are leading this global transformation from reliance on the finite to the energy possibilities of the infinite.