What In the Watt? Complete Guide to Understanding Kilowatts 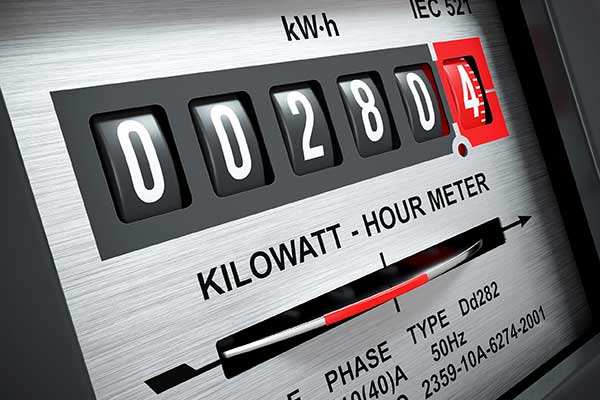 Electricity bills and energy suppliers often speak about kilowatts and prices per kilowatt-hour. While you might be familiar with these terms, there’s a good chance you’ve only scratched the surface.

This in-depth guide will cover many of the things you didn’t know about kilowatts, including what they are exactly, how we measure and use them, and a lot more. You’ll also discover how understanding kilowatts can help you save energy, thereby reducing your greenhouse gas emissions. By putting less carbon dioxide into the atmosphere, you’ll be helping in the fight against climate change.

What Is a Kilowatt?

A watt (W) is a unit of power, measuring power rates over a period of time. The watt (W) — the rate at which work is being done — was named after Scottish inventor James Watt.

We come across watts in our daily lives. To put it simply, the higher the wattage, the greater the energy use. Think of a 100-watt light bulb — it shines brighter than a 60-watt bulb because it uses electrical power at a higher rate. The 100-watt light bulb requires more electrical energy to illuminate, hence its higher wattage. Look at your electric bill and you’ll see that it’s priced in kilowatt-hours (kWh).

What Do KWp and KWh Mean?

KWp stands for the kilowatt peak for a system, sometimes known as kil-watt peak or watt-peak. We define kWp as generated energy. The kilowatt peak (kWp) is the maximum capacity a system can deliver when operating under standard conditions.

Using the solar cells in solar panels as an example, their peak capacity — the maximum power a cell can produce — comes in bright, sunny conditions.

Let’s look at an example using a cordless electric kettle. The specifications list it as a 1,500-watt appliance. If you boiled water in it continuously for an hour, it would use 1,500 watts of power, or 1.5 kWh.

When you look at your electricity bill, your consumption is in kWh.

What Is the Definition of a Kilowatt Hour?

We know that watts (W) measure the rate of energy usage, be it production or consumption. We also know that 1,000 watts, as a measure of power, is known as a kilowatt (kW).

If we use 1 kilowatt of power over an hour, we call it a kilowatt-hour (kWh).

As such, 1 kWh = 1 kW of power transferred or consumed over an hour.

How Much Does a Kilowatt Hour Cost? 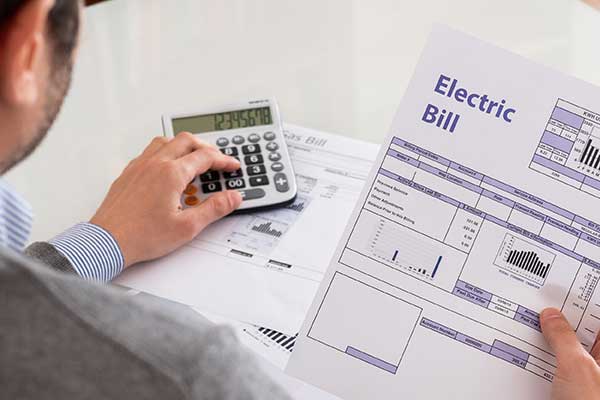 According to the Energy Information Administration (EIA), the United States’ average price per kilowatt-hour (kWh) in December 2020 was 12.80 cents per kWh.

How Can I Calculate the Consumption of an Electrical Appliance?

Using the same appliance example from earlier, let’s imagine boiling water in our 1,500-watt kettle for six minutes and work out the kWh and cost.

There are several online kWh calculators to help better understand how to calculate kilowatt-hours and benefit from potential energy savings.

How Many Kilowatts in a Megawatt?

Kilowatts are the perfect unit of energy for home appliances that use relatively small amounts of energy. Utility companies often talk about supply in megawatts and gigawatts. In contrast, your electricity bill will appear in smaller kilowatt-hours (kWh).

We use the same “one thousand” scale for kilowatt-hours:

How Many KWh Per Day Is Normal Use?

According to the Energy Information Administration, in 2019 the average annual electricity consumption for a U.S. residential utility customer was 10,649 kilowatt-hours (kWh), or 10.65 megawatt-hours. That’s around 877 kWh per month, or just under a megawatt-hour (mWh) every month.

How Do You Convert Watts Into Kilowatts?

To convert watts into kilowatts, you need to divide the number of watts by one thousand.

How Do You Calculate Energy Consumption of Kilowatt Hours to Watts?

A watt is a measure of power only. In contrast, a kilowatt-hour measures energy over a given timeframe — 1,000 watts of power over one hour.

To calculate your energy consumption in watts, we first need to convert kilowatt-hours to watts. The formula is this:

Utility companies monitor every kilowatt-hour of energy used with meters, allowing them to send out accurate bills.

The older style meter is called an electromechanical meter or an analog meter and usually features moving dials that record energy use. You typically have to send a meter reading to your energy supplier with these meters.

The more modern meter is a digital smart meter. These smart meters keep an accurate, up-to-date record of your electricity use. It can help reduce energy consumption because they are easier to monitor on a daily basis than the analog meters.

What Is the Average Household Electricity Consumption Kwh per Day?

Using the Energy Information Administration’s 2019 figures for the United States, the average annual electricity consumption for a U.S. residential utility customer was 10,649 kilowatt-hours (kWh), some 877 kWh per month. In a 30-day month, that’s around 29 kWh per day per house.

How Many KW Generators Do I Need to Run a House?

The number of generators necessary to run a house depends on your average kWh usage. This is determined by what type of electrical appliances you have in your home and how often you use them.

Most homes will need around 5,000-7,500 watts of power. Industry experts recommend building in surplus power, too. You could buy one generator to cover your wattage requirement, and then another one or two in case a generator breaks down.

How Do I Figure Out KWh Usage? 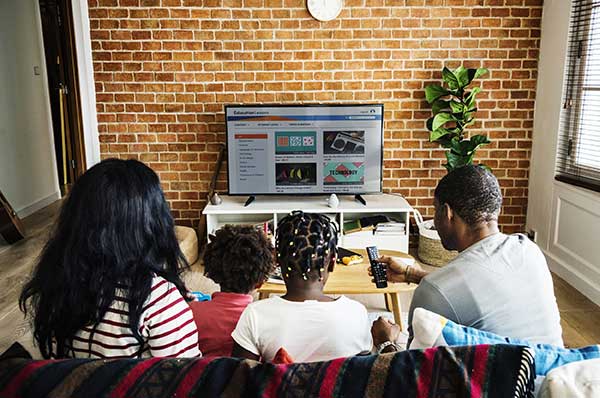 First, you need to find out your appliance’s wattage and then time how long it’s being used. Most wattage labels are located on the bottom or back of a device, or listed in the owner’s manual. If you can’t find it, contact the manufacturer with the model number or purchase a wattage measuring device.

To help figure out kWh usage, let’s use a 150-watt television as an example and say we’re using it four hours a day.

There are several online kWh calculators to help with this.

Good to Know About Kilowatts

We all think a lot more clearly in dollars and cents, so it makes sense to convert these kilowatt hours into cash terms.

How Many Kilowatt Hours to Charge a Tesla? 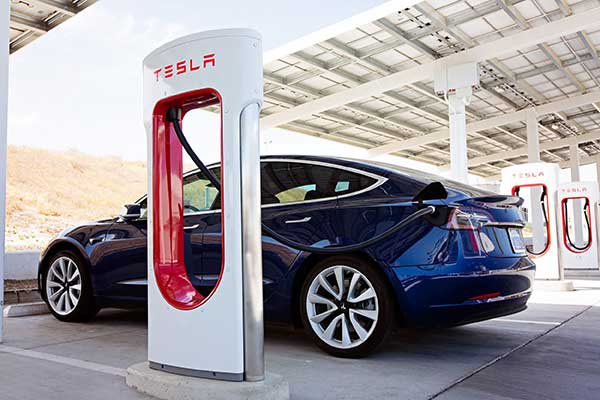 The number of kilowatt-hours it takes to charge a Tesla depends on the model, the charger type used, and the electricity price at home or the charging station.

Let’s look at the Tesla Model X Plaid. According to the U.K.’s Electric Vehicle Database, there are two ways to charge the Tesla: slow and fast. The slow charge tops the battery to full capacity while the quick charge gives the battery enough power for the car to cover around two-thirds of its optimum driving range.

Fast charge: This takes 23 minutes at 250 kWh to boost the battery, adding around 230 miles to the range. Charging point prices may vary.

A mile in a gasoline-powered car is estimated at around 11-12 cents per mile. However, there are many variables, from engine size, gas price, driving style, terrain, and more.

What Are Other Electricity Measurements?

There are several interlinked measurements for electricity and electrical units; you can think of an electrical circuit as a closed circuit of water pipes.

The ampere or amp (A) is the constant current or number of electrons that flow through a circuit — like water flowing through a pipe.

An ohm (Ω) measures electrical resistance. Some materials like copper are good conductors because they have meager resistance — ohms are like the diameter of the water pipes.

These measurements interconnect. One amp equals the amount of current produced by a force of one volt acting through one ohm’s resistance.

Everything You’ve Ever Needed to Know About Kilowatts

Once you become accustomed to the terminology, it becomes second nature to figure out how much energy your appliances use and how much they cost to run.

You can apply an energy-saving mentality to your home costs, reducing your energy bills and your carbon footprint. The less energy you use, the fewer fossil fuels need to be burned to provide power to homes and businesses.