Alternative Energy Sources: What Are They and Do We Need Them? 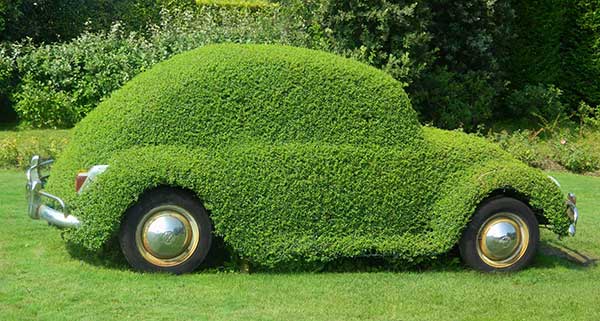 When people talk about alternative energy, green energy, and renewable energy, it may sound like they’re talking about the same thing — and then someone throws in sustainable energy.

Climate change, greenhouse gases, and emissions are high on the political agenda, which will shape the future of our energy usage.

Let’s clarify some of the jargon around the world’s much-heralded green recovery with this guide to the world’s alternative energy sources.

What Are Alternative Energy Sources?

Energy — be it alternative, green, renewable, or even sustainable — is all around us. Energy is described as the ability to do work.

The Merriam-Webster Dictionary defines alternative energy as “usable power (such as heat or electricity) that comes from a renewable or green resource.”

The Cambridge Dictionary standard definition lists alternative energy as: “energy from moving water, wind, the sun, and gas from animal waste.” However, its business definition goes a little further, stating: “Alternative energy refers to energy sources other than fossil fuels (such as coal, petroleum, and diesel) and includes all renewable and nuclear energy sources.”

Both agree that alternative energy includes renewable resources. However, “green” is pretty vague, and while “gas from animal waste” is quite clearly understood, it’s hardly the first image that comes to mind when thinking about alternative energy sources.

What Is the Difference Between Alternative and Renewable Energy?

Renewable energy is replenishable energy that never runs out and that’s use won’t affect its future availability. Humans use the following renewable energy resources, albeit there is debate about how renewable some of these energy technologies are:

Similarly, some consider hydroelectric power to be sustainable rather than renewable because of the heavy raw material demands associated with building hydroelectric dams. The same sustainable moniker is sometimes applied to geothermal power, too, because not all the heat drawn is replaced.

What Are Examples of Alternative Energy Sources? 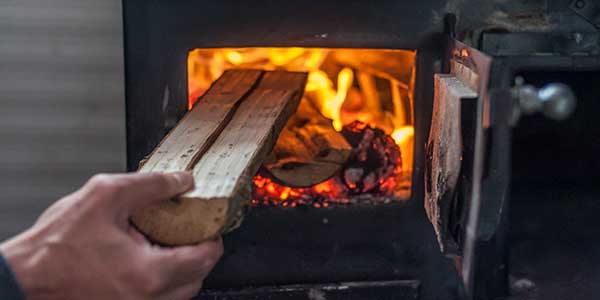 Possibly the most important alternative energy source we use at the moment is natural gas. It is a fossil fuel but relatively clean burning. Its extraction can cause environmental issues, and its status as an alternative energy is often hotly debated. We use natural gas to heat our homes and produce electricity. In 2019, natural gas accounted for 24.2% of the world’s energy needs.

Heat pumps are a fast-growing alternative energy source. There are three main types: ground source, air source, and water source. They all work slightly differently but essentially draw energy from either ground, air, or water to provide heating and hot water to people’s homes.

Wood burning is both an alternative energy fuel source and also not. Confusing. Chopping trees to burn in wood stoves can lead to deforestation, which, in turn, contributes to global warming. On the other hand, new trees can be grown, making them a source of biomass renewable energy. If a new tree is grown for every tree cut down, wood burning is sustainable.

Hydrogen gas is a byproduct of burning fossil fuels and natural gas, and of nuclear power and biomass processes. Hydrogen fuel cells can create electricity, NASA used hydrogen fuel to send rockets to space, and adapted cars use it as a pollutant-free fuel.

Hydrogen can be derived from organic, biodegradable waste. Technology also exists to split water via electrolysis, leaving behind hydrogen and creating almost no pollutants. In addition, the energy efficiency of electrolysis is very high if the machines run on renewable energy sources.

What Types of Alternative Energy Sources Do We Use Today?

Most countries use a wide range of energy systems for power generation. As a result, energy production depends on the type of energy source nearby and the amount of energy required.

In 2016, some 65% of Iceland’s primary energy came from geothermal power, with 20% from hydro electricity and just 15% from fossil fuels.  About 85% of all houses in Iceland are heated with geothermal energy.

Different countries all have diverse energy ecosystems shaped by the sources of energy available to them. For example, Scotland doesn’t sit on huge geothermal energy sources but has enormous onshore and offshore wind resources. In 2019, wind farms and other renewable energy sources supplied 90.1% of Scotland’s electricity.

China is the global leader in solar power with its large-scale solar farms offering more than 250 gigawatts (GW) of installed electricity capacity. The United States is second with 75 GW of installed capacity of photovoltaic solar cells.

Methane gas is a significant alternative energy. Methane is a byproduct of oil and gas production processes. Methane lasts for around 12 years in the atmosphere compared to many centuries for carbon dioxide, but methane is very destructive in the atmosphere during its short lifetime.

Some 40% of methane originates naturally while the remaining 60% comes from human activities, including waste sites and agriculture. Methane can be captured and processed then used in natural gas pipelines to heat homes, making it an alternative energy source.

What Alternative Energy Sources Are Inexhaustible?

Inexhaustible alternative energy sources are the renewable energies that we won’t run out of. These include:

What Alternative Energy Sources Are Exhaustible?

What Is the Best Alternative Energy Source?

The best alternative energy source is hard to determine. For example, solar is great in sunny places but no good when the sun doesn’t shine. Wind power is fabulous on breezy days but not on still days. Hydropower is dependable and efficient but requires large-scale construction work.

What Is the Most Efficient Alternative Energy Source? 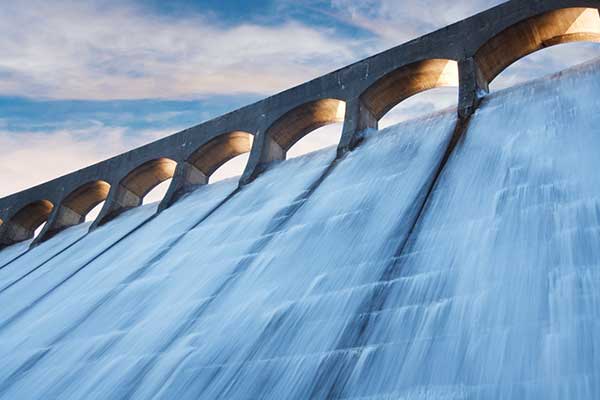 Hydropower is the most efficient alternative energy source if you’re only looking at how well it converts energy.

Why We Use Alternative Energy Sources to Battle Climate Change

In 2019, fossil fuels accounted for 84% of the world’s energy needs. In 2020, energy demand fell by 4% and carbon emissions dropped 5.8% as the COVID pandemic restricted travel and economic growth.

Renewable energy and alternative energy sources are vital tools in the battle to reduce greenhouse gas emissions and the amount of carbon dioxide in the atmosphere. Fossil fuels have been reliable and cost-efficient ways to produce power for decades, but that is changing as governments look to greener energy sources.

Indeed, a new report claims that by 2025, almost 80% of United States coal plants will be retired or more costly to run than solar or wind.

A study by the University of California, Berkeley, concluded that, by 2035, some 90% of the U.S. electric grid could be powered without greenhouse gas emissions while also offering cheaper electricity rates to consumers.

The falling price of alternative energy sources and their increased efficiency will help the world on its target to net-zero emissions by 2050, as agreed in The Paris Agreement.

The 18th-century industrial revolution brought about mass use of coal to power factories, heat homes, fuel steam-driven trains, and more. Natural gas has been used by humans since 900 B.C. and gained popularity in the United States in the early 19th century.

Oil and petroleum use originated in ancient times, too, with recorded use as far back as 480 B.C. — they were also used in the industrial revolution. The 20th century and the internal combustion engine propelled oil to paramount importance in fulfilling the world’s energy needs.

These processes have released billions of tonnes of greenhouse gases into the atmosphere, contributing to global warming. 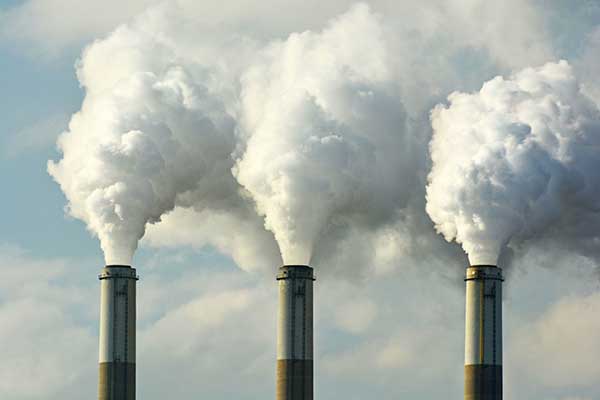 Alternative energy sources may eventually replace fossil fuels, but there is a lot of investment and work to do before that is achievable.

Just over half of a U.S. home’s energy use is on space heating and air conditioning. We need reliable energy sources to keep us warm in the winter months, which is why many people use gas-based heating systems. However, policymakers are now looking at localized solutions. Instead of piping gas all over a country for heating, local air source or ground source heat pumps could keep homes warm.

Capturing excess renewable energy is vital, too. Large-scale battery farms are set to increase, storing electricity created on sunny or windy days in batteries that release the energy during peak demand or when no renewable energy is being produced.

Investment continues to flow into alternative energy sources. According to U.S. Energy Information Administration forecasts, renewables could overtake natural gas as the United States’ largest electricity provider around the year 2030.

Fossil fuels may be set to decline, but they will be an essential part of the energy mix for many decades to come.

Green energy and clean energy sources seem to offer a win-win for our energy-hungry society. But, green energy is not a panacea for climate change.

There are many downsides to alternative energy sources, and not just the carbon footprint of building and installing them in the first place.

Solar panels require a lot of space, taking up valuable room in an already crowded world and destroying habitats. Solar cells require many precious minerals and resources, too, and great care will need to be taken to recycle them when they come to the end of their working lives.

Nuclear power plants have inherent issues with radiation and how to release water used in their processes safely.

The Future of Alternative Energy Sources

Alternative energy sources are at the start of what could be a takeover of the world’s energy supply. The movement to cleaner, sustainable energy sources is underway and hard-baked into political rhetoric.

Fossil fuels, nuclear power, and natural gas will provide a lot of global energy for a long while yet, but their days of dominance appear shorter with every decade that passes.